It was on our trip to Spain in October last year to visit friends when out walking in the ‘Campo ’with our dog Arthur (Office Dogs Body’) and their dogs Joe, Guy and Shacky that in the distance down a valley we could see this little dog. As we approached he spotted us and so started to head to this large concrete pipe that ran under the track on which we were walking along.

Our friend Pat went down to try and see if he was ok but he disappeared into the pipe. He looked very thin and under nourished so we had to do something so Pat called the local Animal Rescue (whom Pat helps and supports) who said they wouldn’t be able to get out there for at least 3 hours. We had to act so Pat went up one end of the pipe whilst I crawled in the other end so I could slowly persuade him to go to the end where Pat would be waiting.

After some very grazed knees and elbows I managed it and both he and I appeared out the other end. The task wasn’t over as we then had a 5 kilometre walk back to the car in 25 degree heat. Fortunately I had a draw string bag which was big enough to put the little fella in, obviously with his head out the top, so it made it easier for me to carry him. Once back at Pats we were able to bath and feed him and put him in a large pen which had brick shelter where he could rest and with Pats help and care slowly get back to full health. Once he was settled the discussion then came round to what his name should be? Pat felt that under the circumstances from which he had been saved he should be named Piper!

Whilst we went on to visit other friends for 3 weeks it was agreed that Piper should be put up for adoption. However upon our return to Pats and before heading home it was upon seeing him again we just knew we had to have him in our family along with Arthur. As we already had a car fully loaded we arranged and paid for Piper to be transported to our home here in England where he and Arthur have become brothers and best of friends. 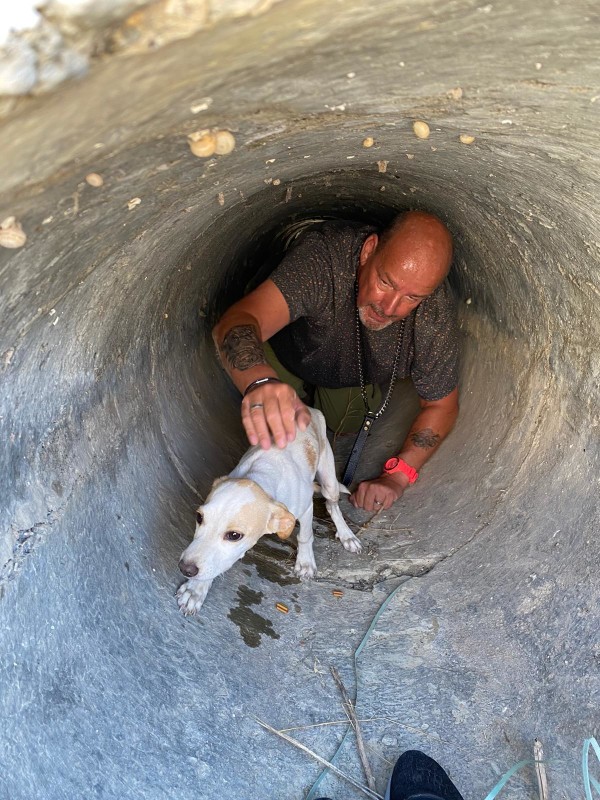 Here you’ll find recent and older news articles about us and our removal and storage services.

"Really pleasant and efficient team. We felt happy they would look after our belongings and us.

Hadley & Ottaway have helped another happy customer with a large scale move, It was a 5 day move which required over those 5 days 2 staff and 9 vehicles.

Take a look at this TikTok to see how we have been doing our part to help the people of Ukraine along with Sowerbys Estate Agents.

"Very happy with the team. All went very well. They were a great team, they worked very hard, very polite and helpful. "